The Chicago River and other waterways have become less polluted thanks to advocacy work from local groups.

CHICAGO — Fish are returning to the Chicago River and the rest of the Chicago Area Waterway System, according to a new study.

The study, from the Shedd Aquarium and the Metropolitan Water Reclamation District of Greater Chicago, showed fish populations and species have gradually increased over the past 30 years, while invasive species have declined, according to a press release.

The waters are less polluted and have become more “conducive to aquatic life and less degraded than they once were,” according to the press release. The study comes after years of advocacy from Chicago residents to improve the health of the city’s famed river.

The Chicago Area Waterway System consists of 78 miles of waterways, according to the release.

The Metropolitan Water Reclamation District began monitoring data on fish in the Chicago waterways in 1974. Researchers found there has been an increase in “species richness and abundance” compared to the 1980s, according to the release.

Nineteen new species have been documented since 2001, with the common carp, largemouth bass and goldfish being among the most common species. Since 1974, the number of fish species increased from 10 to 77, with 60 species counted since 2000.

The study claims advancements like wastewater management and pollution reduction have helped clean the waterways over the years.

It is important to keep the waterways clean not only because of the natural environment they provide, but also because they connect to Lake Michigan, from which many Chicago residents get drinking water, said Dustin Gallagher, associate aquatic biologist at the Metropolitan Water Reclamation District and the study’s co-author, according to the press release.

Austin Happel, the lead author of the study and a research biologist at the Shedd Aquarium, said in the press release the study shows the work of groups that have worked to reduce pollution of the water.

“Now, we have data that shows us that restoration and advocacy efforts are benefitting the Chicago Area Waterway System and bringing back aquatic species that are essential to healthy ecosystems and thus healthy natural resources,” Happel said.

This article originally appeared on BlockClubChicago.org 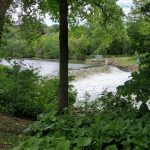 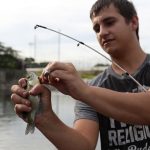 Nearly 60 different types of fish found in Chicago waterways, study shows. 30 years ago, there were fewer than 10.Stream Restoration News